Where Did You Find Success?In a song or the grouse woods?

Published on October 10, 2019 // Written by Dave Bosquez Leave a Comment

I believe I found success in a Lynyrd Skynyrd song, titled Simple Man. More specifically in these lyrics… 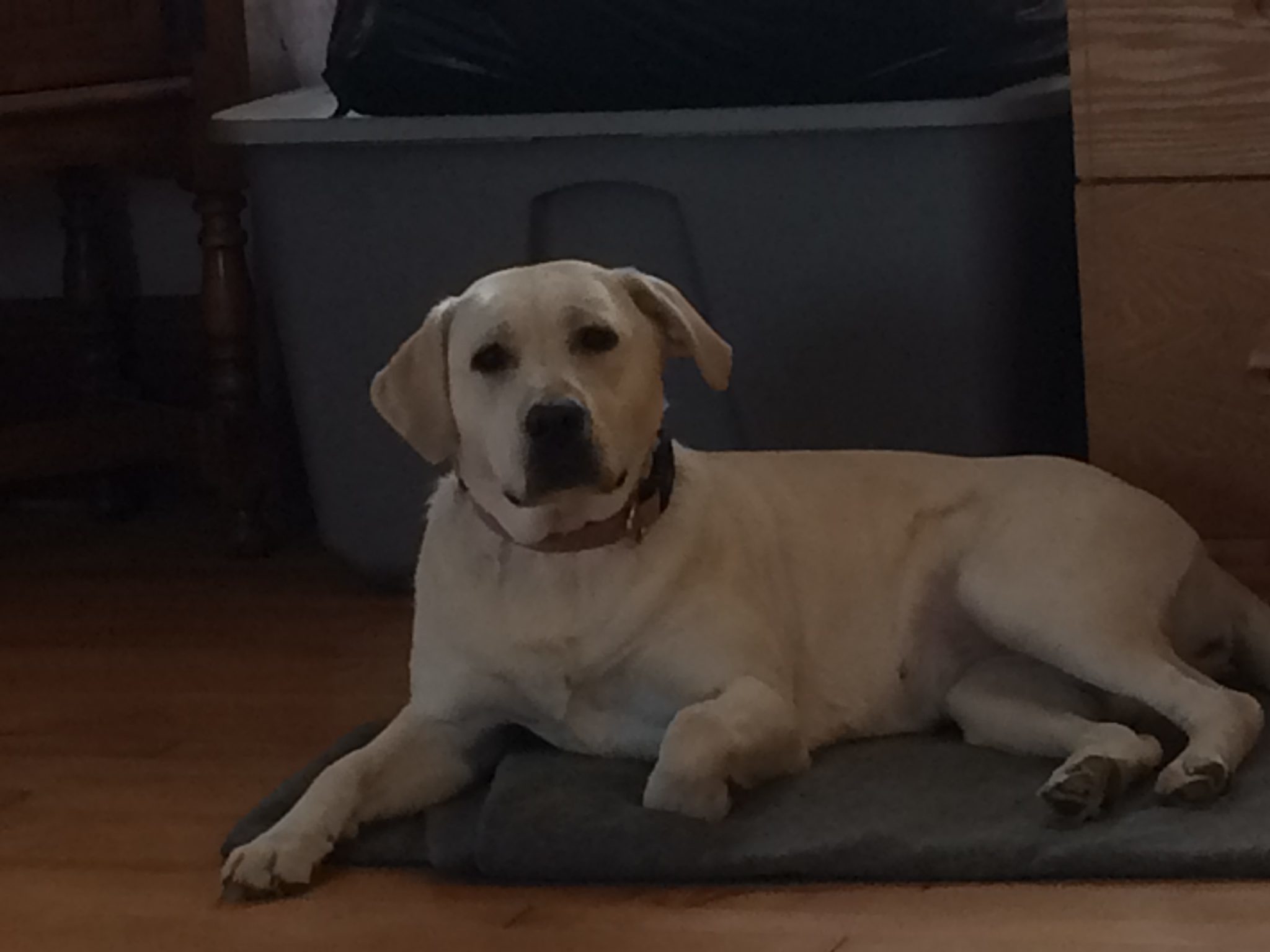 When the average Joe (I mean me) looks at success, the word success, the attempt at success, those we think are successful, we (I mean me) feel discouraged. I believe we feel discouraged because of a few different reasons.
1. We don’t know HOW they attained what we think their success is.
2. We don’t know WHAT to do to get there our self.
3. We don’t WANT to do what we see them doing because it doesn’t interest us, and we don’t feel that it would SATISFY us in any way. We become sad just looking at a successful person.
4. The most common issue though is the fact that we just don’t know what the work is that entails success AND we don’t want to do the WORK anyway. We just want some mysterious thing called success, and some eye popping lifestyle where we can afford the Most Expensivest.
During my current journey of self discovery, and my attempt(s) at what I felt success was, I have discovered, or should I say finally learned, at least two specific items that lend themselves to ones individual success. 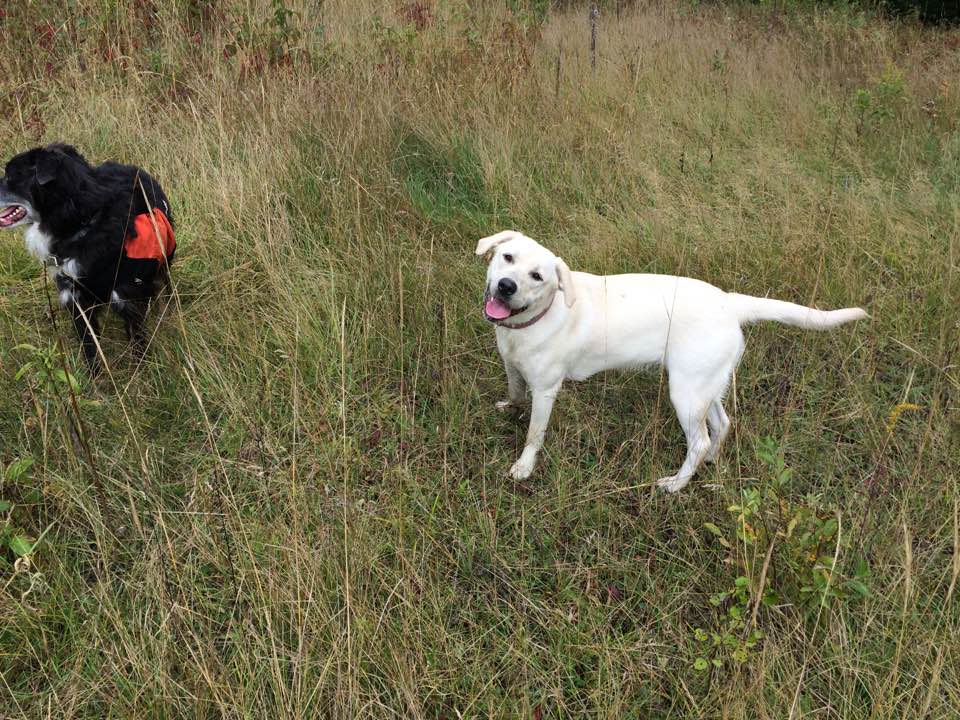 One: As put forth by Stephen R. Covey in his book ‘The 7 Habits of Highly Effective People.’ That is to, “start with the end in mind and work backward.” He talks about, and uses death… as the end… as an example. But the tactic works if you want to accomplish something during your lifetime. Create the picture in your mind… for example: you may want to write a book – so work backward to see the steps it will take to get to that point.
Two: Being satisfied. The feeling of being satisfied. Is it about having ENOUGH? Or is it something else?
Lets look at number 1: Creating the picture, especially if you try to do this when you are older, can prove to be difficult. You will say, “I just can’t see myself being successful at that particular thing.”
I would like to present to you this idea… I think you (I mean me) are looking too closely at an individual piece of the puzzle… and not stepping back and seeing the whole picture.
I think this happens because we are looking at the person at the top with the big salary, the car, the house and the Most Expensivest suits. 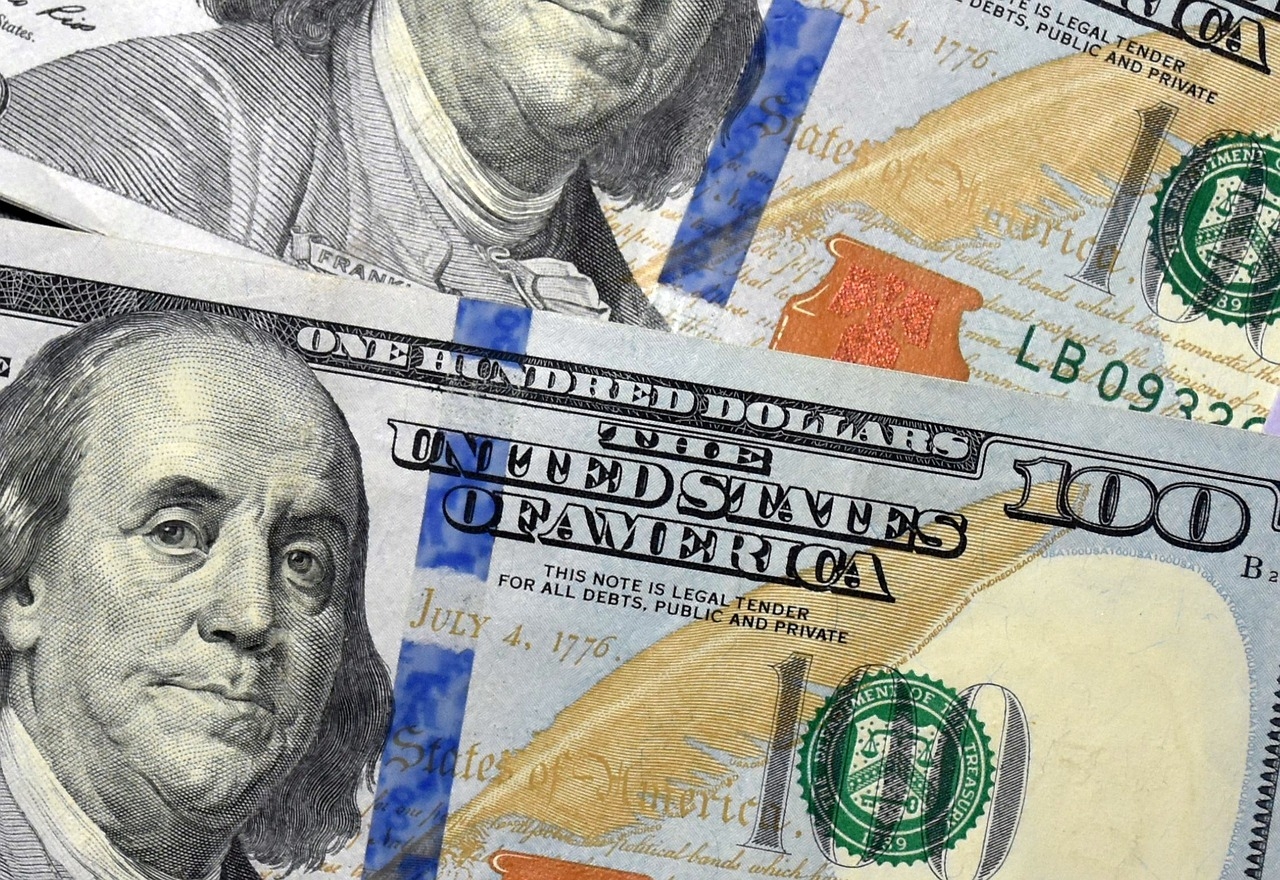 Problem is… you can’t get there from here.
The other problem is… we don’t want to start at the bottom.
I want to use one of my hobbies as an example today, the outdoor sport of grouse hunting, because you can find success, and satisfaction, in the grouse woods also.
Â Specifically Northern Wisconsin Ruffed Grouse. 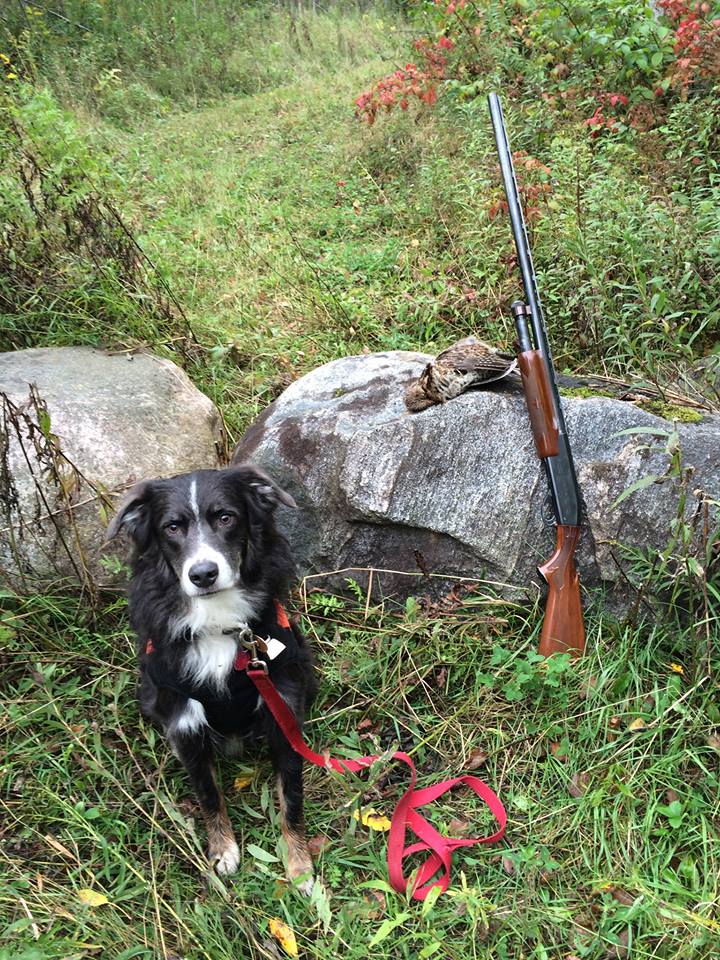 Ruffed Grouse hunting is akin to the game of baseball in that… they are both very, very hard to do, and there’s lots of s-wings and misses in both!
There are different levels to grouse hunting. Just as there are in being successful.
Level one: The young kid who discovered grouse during deer season, and now he carries a few shells of bird shot while deer hunting, you know, just in case the deer hunting gets slow, he might take a walk and jump a grouse.
Level two: The young man who is a fair weather opportunist during the golden days of fall, who is a dog-less foot hunter, sticking to the easy access logging roads and Ruffed Grouse Society managed woodlots. He considers himself a “grouse hunter.”
Level three: The bit older, yet still younger, young man. He is a dedicated grouse hunter. Still afoot without a dog, but spends more than just the nice days in the woods. And even during deer season tries to read the grouse sign to learn what the birds are eating that time of year and where they like to roost during different times of day. He’s an accomplished grouse ‘stalker,’ and has learned at what distance a grouse will start their “what’s over there?” “Peep Peep” noise, as he moves in closer, in hopes of getting a shot off, after the ever heart stopping, bursting forth, of a sudden flush.
Level four: Yep! Level Three just got his first hunting pup. Most likely a Lab, or a German Shorthair Pointer. But maybe, juuust maybe… he did some reading and got himself a black and white, English Springer Spaniel. He’s beyond enthusiastic, and can’t wait to shoot birds over “the best dog ever.”
Level five: Level five is the grouse hunter who has had one, or two, “best dog evers” and has his whole year scheduled around the different phases of the grouse season. The early leafy and hot phase, the golden days phase, late fall with first frost phase, deer season phase, and late season “cold as he!! with snow up to your a$$” phase.
His first “best dog ever,” having done his job, and doing what first best dogs do best… training his owner to be a good dog trainer, and owner… in the future. So with his current two year old “best dog ever” this grouse hunter knows what he is doing, where he is going, and actually shoots a grouse once in awhile. He participates in the Ruffed Grouse Society and may have children that he is teaching, or a young man, that he is mentoring in the great sport of grouse hunting.
Level six: The mystical, mythical level. Rarely seen by the average Joe, much like a Bobcat in the wild. This level embodies and represents the very ethos of what is considered to be a true grouse hunter by other grouse hunters.
He’s usually a grandpa by now. With no grandma. With family and friends… few… and far between. So it’s just him… and his last, little, “best dog ever.” A breed not seen in some time in the grouse woods. A stout, rusty colored, Cocker Spaniel. Not a fluffy, moppy looking cocker spaniel… but an actual hunting cocker of good breeding, maybe from the last line known from England. And he’s old too. And he knows his job. This grouse hunter, regardless of weather conditions, with this little dog… was known to bag over ninety grouse a year… for a lot of years… back in the day.
Now… he’s satisfied to bring a single home after each outing.
With each outing getting further… and further… apart.
“Missed ya at the opener Ed.”
“Ya did?”
“Yeah, the coffee shop felt empty without you.”
“Yeah, I almost didn’t go at all this year, I was in the hospital end of August… Doc said I should take it easy for awhile… but the dog wasn’t having any of that.” 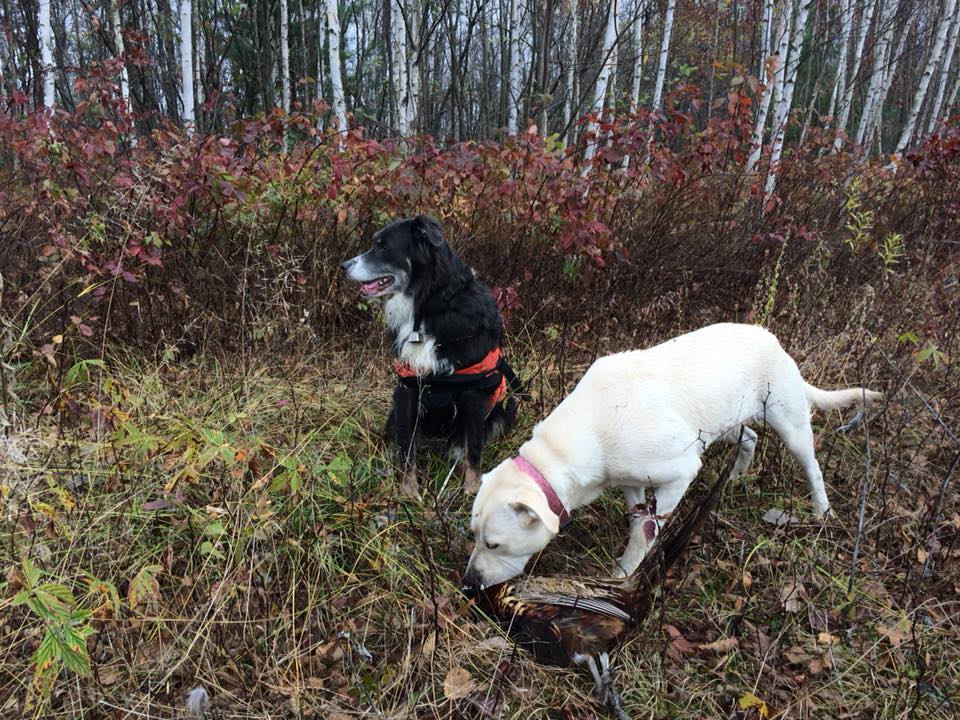 Looking at Number two: Being satisfied. I believe is something else, other than having enough, or having the most expensivest whatever.
Being satisfied doesn’t mean you settled. Being satisfied is knowing you have done all the work. You have prepared in such a way as to set yourself up to be successful. Being satisfied is more than a feeling of ‘PARTICIPATION.’ It is more a feeling of “I am doing this.” Being satisfied creates an excited expectation, instead of a sense of failure… when you learn that you need to learn a new thing, or you need to get better at a skill you already have. You see the benefit of putting forth the effort and look forward to it.
Hitting a grouse is like hitting a ninety-five mile an hour fast ball… there are a lot of little things that have to come together to be successful at it and feel satisfied about it. The main thing is that for both… you have to be in a position to put a good swing on it.
In baseball, a Hall-of-Famer bats around .300. Meaning he failed 70% of the time.
Today, Tuesday, October 8th, 2019 I accomplished a Golden Sombrero in grouse hunting and went 0-4.
And it was one of the most satisfying days grouse hunting yet.
The Emerging Man is a Simple Man indeed.
Copy and paste for a good, The Flush episode: https://www.youtube.com/watch?v=cjQjv6cX2ig
How Do We Determine Value
How Do I Celebrate?