Luke 11:11 “Which of you fathers, if your son asks for a fish, will give him a snake instead?Or "Hey Dad"

Published on December 8, 2016 // Written by Dave Bosquez Leave a Comment

Luke 11:11 “Which of you fathers, if your son asks for a fish, will give him a snake instead?” 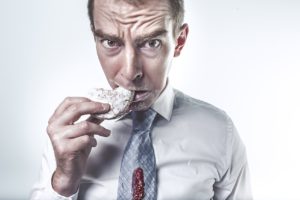 When will we get to the point of asking God the way our kid’s ask us.

This last deer season my oldest adult son asked me for something but in a way that really stuck with me.

Let me give you a little of the back story.

My son is in his mid twenties, working for the state and had just moved 5 hours away to be with his fiance’, another two hours north of our ‘up north’ hunting land.

He had driven down to the cabin on Thursday after work in a bit of a rush. You know the cooped up feeling you get right before gun season. He was itchin’ to get to the cabin.

The Friday before the opener the weatherman was calling for gusty winds, lots of rain and possibly freezing rain and snow. 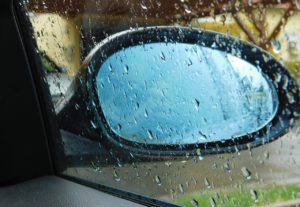 He had a decision to make, leave now in the rain or take his chances in the morning, in the dark and not knowing what the road conditions were gonna be. After a bit of a back and forth he gritted his teeth and decided to leave now. Which, as his father I thought was the wiser of the two options.

He grabbed his coat ‘and out the door he went’.

Five minutes later he was back and asked,

“Hey dad, do you have an extra clip?”

“I just checked my gun case to be sure and I left mine at home.” 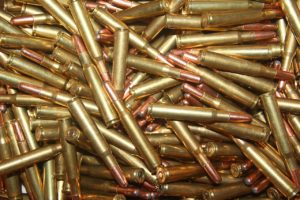 He was offered a spot on his soon to be brother-in-law’s farm and he took him up on the offer. So I wasn’t surprised when we got the call in the afternoon that he was coming in with a buck he shot. A young six pointer with a good looking rack, nice deer! He hasn’t shot a deer in ten years. 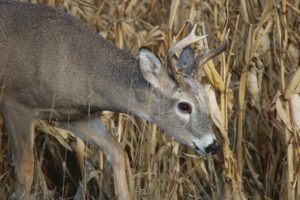 Later it dawned on me that I was with him when he shot that deer the same way God is with us everyday. On the inside. Holding all the ammo.

I wish I could go to God and ask him for thing’s the way my kid’s ask me. They are confident, they are humble. They know if I have it I will give it and it makes me happy when I can do those things for them. 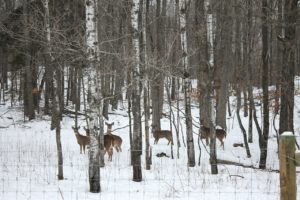